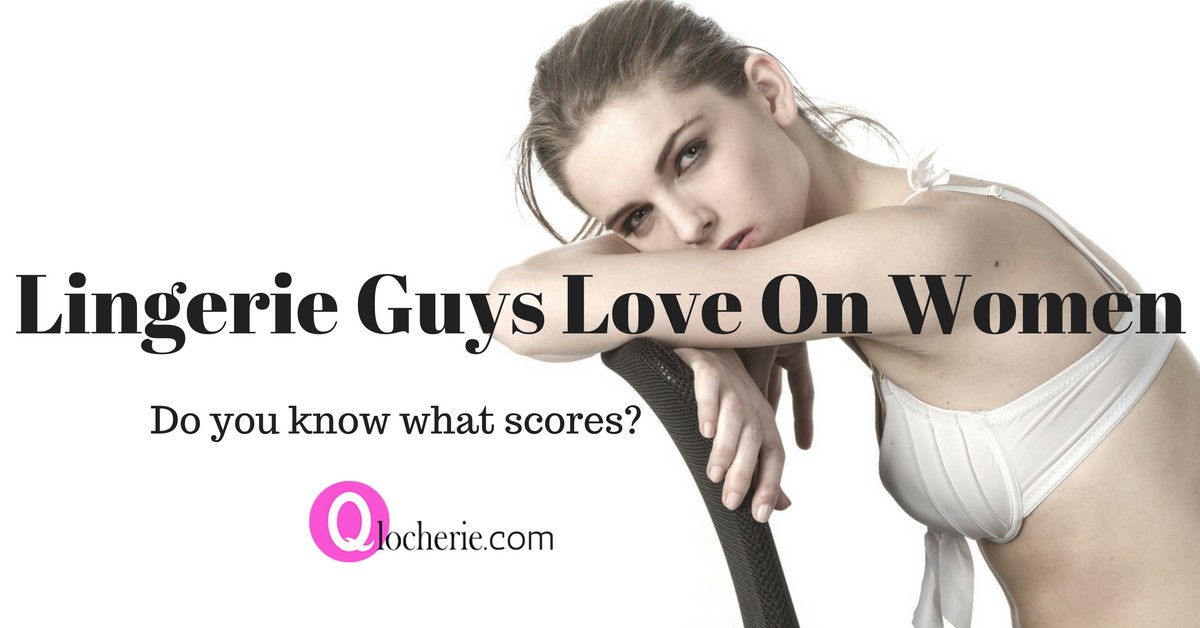 Is it a titillating Teddy, some lovely lace or even a bootylicious Babydoll that gets their blood pumping late in the evening? Is there a particular color or style preference or is it just the timing that makes the difference. So we ask you the question, do you know what Lingerie your beau finds sexiest?

Qlocherie is making the assumption that every guy has a different opinion. Our first thought has always been that guys love something that is revealing and lets them know that tonight is their night. So we decided to put this to the test and find ourselves some men to pose this question to. (Any excuse to chat to some guys will do)

So we took to the streets and accosted some random guys and posed them a few questions regarding lingerie. We found they were only too willing to share their opinion. So let’s get into them.

The majority of guys we spoke to were in a steady relationship or married. They had a high tendency for black or white lingerie. The main reason for this strong preference is because it looked more classy and genuine as opposed to bright colored lingerie. It also maintained a balanced focus between the beauty of their partner and the lingerie. The color allowed them to appreciate their partner without having opinions forming about the choice of color. This can be key to keeping their mind focused on the atmosphere and help things run smoothly. 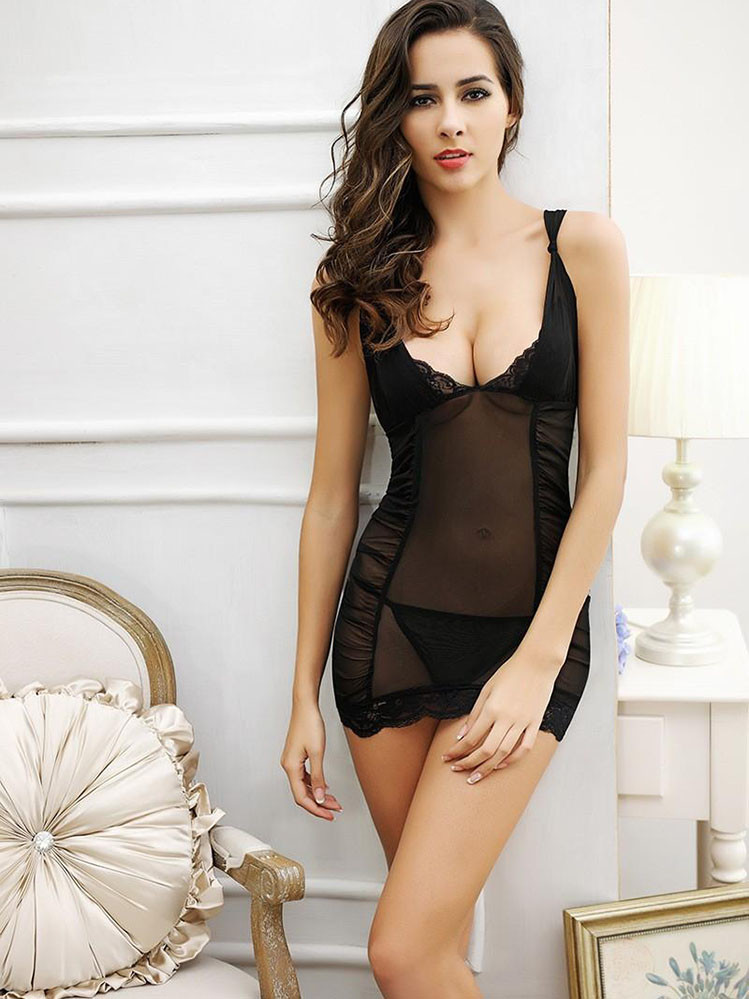 Speaking of smooth, a number of men indicated that it is not just what they can see that helps to motivate them. Often they will utilize the sense of touch and a smooth, sexy Satin material can really make a difference to your shared experience.

You can give them a double dose of smoothness with a Satin Robe that covers an equally smooth Satin Chemise for the maximum impact. The Robe can also be used to add an air of mystery as you conceal what’s underneath, if anything.

A slightly surprising finding was that a lot of those men in a relationship said that they liked to be kept guessing. Is it going to happen, isn’t it going to happen? This ties in well with the slightly more covered approach of the Robe. It was identified that some men like to be made to work for the affections of their loved one and didn’t always want to know the outcome before they started trying to seduce their partner.

Babydoll Lingerie was also ranked highly for its seductive qualities and often see-through style. It was also cheekily noted that a Babydoll allowed quite easy access to the derrière either with the eyes or the hands. 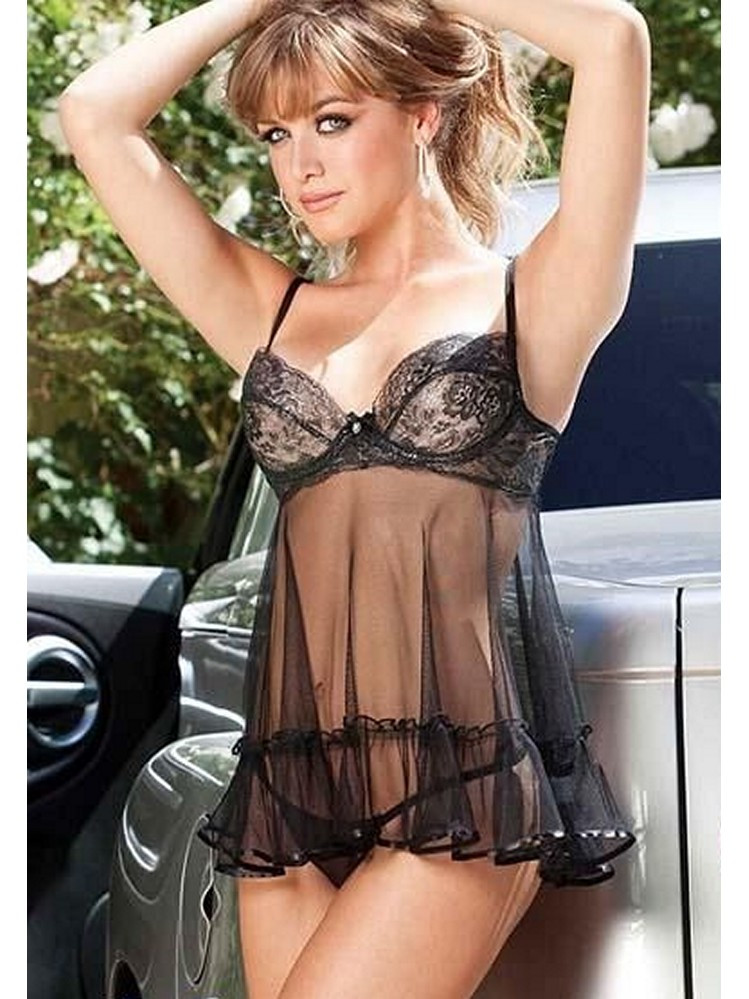 Relationships can sometimes suffer from sexual stagnation and it was noted that if someone seldom wears Lingerie, an unexpected appearance of Lingerie in the boudoir can be helpful to reboot the sex life and bring a renewed energy to the relationship.

One of the more sweet comments that made us go “Naaaw” was when one guy answered, ‘I don’t really mind what it is as long as it’s my girl wearing it. That’s my definition of sexy.’ He went on to explain that his girl had bought it just for him. It was for his own private benefit and nobody else. Only he was ever going to witness it and it had made him feel fantastic because his girl had only been thinking of him when she bought it. This alone made him feel special.

So that’s the attached guys, what about the available guys out there. Well they weren’t as restricted with their color preference. They didn’t mind a bit of color but they also liked black and white Lingerie too. A couple of them mentioned that if they could see a little glimpse of some color underneath the clothing, it told them that the girl wearing it had a stronger personality.

Teddy Lingerie came up more than a few times when quizzed about what they liked. The revealing nature was quite high up on their list of preferences and it also gave them confidence in the way the night was heading. It was also mentioned that if you’re going to wear something like a Teddy, it’s ok to bring along the attitude that goes with it. Pair it with some high heels and your most out there attitude and really bring everything all together.

Similarly, if you’re going to wear something a little cuter put on your cute side and don’t overplay it. Pair your attitude and personality with the Lingerie style you’ve chosen. This goes down well with the men and can really bring out the best, or should we say worst, in them.

A more than worthy mention across both attached and single men was a liking for lace. Not only did they like the fact it feels nice but also that it offers glimpses through its design. Its light and often stretchy characteristics as well as its enticing qualities were all positives. 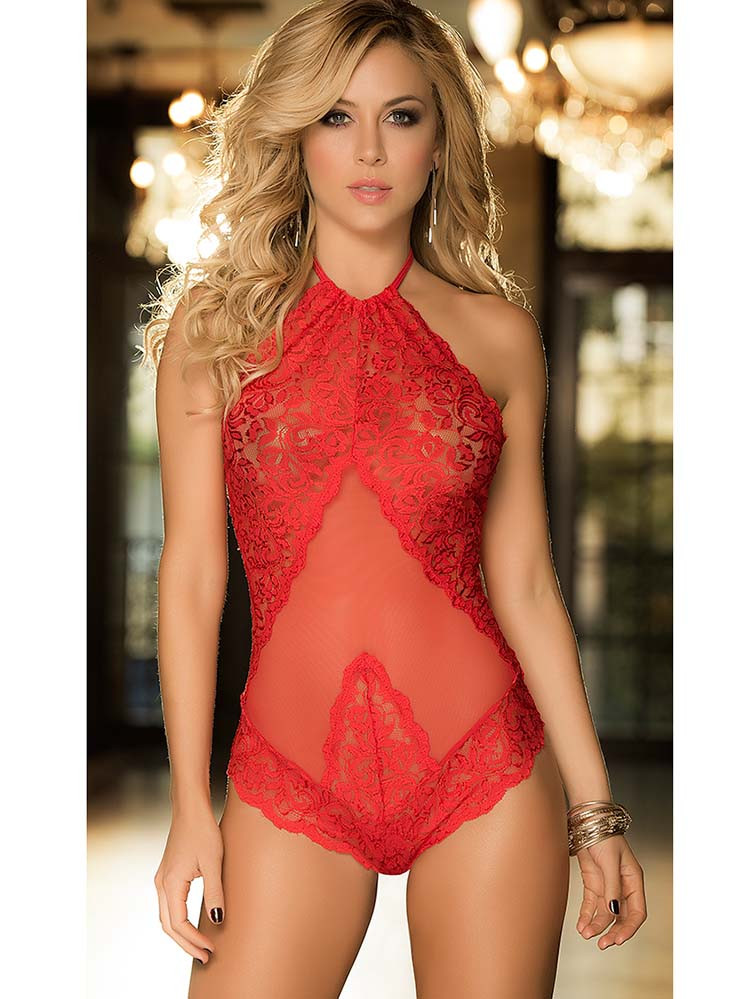 One strong finding too was that it’s important not to overdo the Lingerie. If you wear it all the time it can lose its appeal. So if Lingerie ends up always means tonight is the night, it can lose its intrigue a little. Try to be selective about when you wear it. Additionally, just because you are wearing Lingerie, it doesn’t just have to be for him. It can be just to give yourself a good feeling and show your confidence.

So have fun experimenting with the different styles and finding out what works for your partner.

Do you know that everybody loves Lingerie, there's a secret reason for owning a corset or how to find the perfect Lingerie for your body shape?